Not as Mythical as It Seems: Queer Culture in Hindu Mythology - Glii

Most of us grew up with the belief that queer culture stemmed from Western roots and that it was a “Hollywood Influence” on our culture. You’ll be surprised to know that it hasn’t always been the case in our community.

Before the invasion and occupation of the East India Company under the rule of Queen Victoria, we were quite queer-friendly people. Well, friends might be stretching it a bit, but we sure were a lot more accepting of it.

Don’t believe it? It’s right there in the scriptures! And the paintings, the sculptures, the folklore… Do we need to say more?

Hindu mythology was a lot more woke than we gave it credit for. Sure, there were the Pandavas who were all brothers and all married to Draupadi (weird polyamorous flex, but okay), but there are multiple instances of queer acceptance strewn across the Hindu mythology and regional folk tales that were a part of our culture way before Hollywood was even a concept in someone’s mind. Or cinema, as a matter of fact.

So, where’s all the proof of acceptance in the Indian, specifically Hindu, mythology?

Let’s start from the beginning.

The Mahabharata is Filled with Quite the Queer Bunch

We won’t even get into all of it. Let’s start with the Vishnu-Krishna-Mohini combo. Vishnu, the lord and protector of the Universe, according to Hindu mythology, was quite fluid in terms of his gender identity. He often donned the avatar of Mohini, the enchantress, to lure unsuspecting men and demons into her web of illusions and to their doom.

Krishna, who happens to be another avatar of Vishnu, has also been known to take Mohini’s form, especially in South Indian folklore. Once, to entice the demon Araka, and the second time to marry Lord Aravan before he sacrificed himself in Mahabharata to secure the Pandavas' victory in the Kurukshetra war.

Shikhandi is another instance.

Shikhandini, born as a reincarnation of Amba, was destined to kill Bhishma. But because of patriarchy and such, women weren’t allowed to kill men. So he was raised as a boy, Shikhandi, to fulfil his destiny and finally kill the man she was supposed to (kind of like the plot of She’s the Man, but instead of soccer it’s murder).

Okay… But Does it Really Matter?

Of course, it does! There are a lot of queerer depictions in Hinduism strewn across Hindu mythology, which makes us being unaccepting of gender fluidity and the transgender movement quite hypocritical. There is a lot to be said about our scenario right now, but let’s finish the history bit first.

We’re going to do a series of articles discussing how queer culture was present in the very fabric of our country (okay, that’s pushing it but yeah, it was pretty omnipresent through our folklore, history and mythology), and how everything we seem to believe needs to be questioned.

In the words of the great (est) Lady Gaga, “I'm on the right track, baby, I was born this way”!

The saga of queer mythology in Hinduism continues beyond the Mahabharata. There are multiple other religious texts that show the presence and acceptance of different gender identities. The queer acceptance bandwagon has been on the road for centuries now and it’s time we get on board.

Let’s take the Ramayana for example. It’s probably one of the most popular mythologies in the country today. As children, we all grew up watching the journey of Lord Rama and his quest to rescue Sita from the clutches of Ravana. But what these accounts didn’t cover was the inclusion of the hijra community.

According to the scriptures, when Lord Rama was exiled from Ayodhya, flocks of people followed him out of the region. In the forest, he asked the men and women to return to their homes and not follow him. His disciples listened and went back. When he returned from his exile, he saw that there were still people waiting for his return, despite him asking them not to.

When asked why that was the case, the people replied saying that Lord Rama had only asked the men and women to return, not those who were neither men nor women. So, to show their devotion to Rama, the members of the hijra community spent 14 whole years awaiting his return. Lord Rama was more than impressed with their faith and he granted them special powers.

Well, no, the hijra community didn’t turn into sorcerers or superhumans. It’s not the Marvel Universe (sadly). But they did get blessed with the powers to spread blessings (good vibes only) at auspicious events. So as a reward for their allegiance, they became holy members of the society.

And yes, that’s where the entire tradition of calling people from the hijra community to come to shower their blessings at weddings, openings, and new births came to exist.

Fluid Identities in the Vedas

Even the Vedas were pretty open-minded when it came to accepting the existence of the third gender.

The Vedas speak of three genders - purusha prakriti (male), stri prakriti (female), and tritiya prakriti (the third gender). The third gender was an encompassing identity that included more than the transgender people. Basically, it included anyone who wasn’t born a cis-gendered heterosexual individual. Intersex folks, trans people, both homosexual men and women, and anyone who wasn’t a woman but had feminine qualities were on this list.

Everything was easy peasy lemon squeezy in the olden days (okay not really, life was pretty hard without technology, but we’re talking about identity and sexuality here).

Even though there weren’t specific labels attached, the identity of the third gender wasn’t excluded from existence. It wasn’t considered to be an anomaly, and it definitely wasn’t something that people got shamed for.

Note: If you want to explore more visit Glii Blog 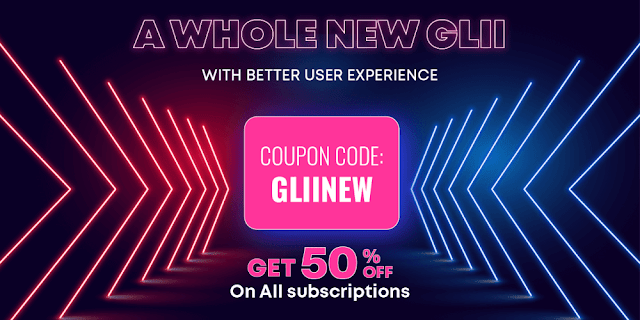